Menu
This website uses cookies. If you continue to use the web site, we assume your consent.
© chris knight/unsplash

05/29/2019 | Berliners with foreign roots are extremely innovative. According to a short report by IW, the Cologne Institute for Economic Research, 16.1% of the inventors with a migration background who filed a patent in Germany in 2016 are active in Berlin, placing Brain City Berlin at the top position nationwide.

A total of 67,895 patents were registered at the German Patent and Trademark Office in 2016. 9.4% of them came from inventors with a migration background, according to a recent short report by IW, the Cologne Institute for Economic Research, citing its internally produced study on migration and the innovative power of Germany (Koppel et. al., 2018). 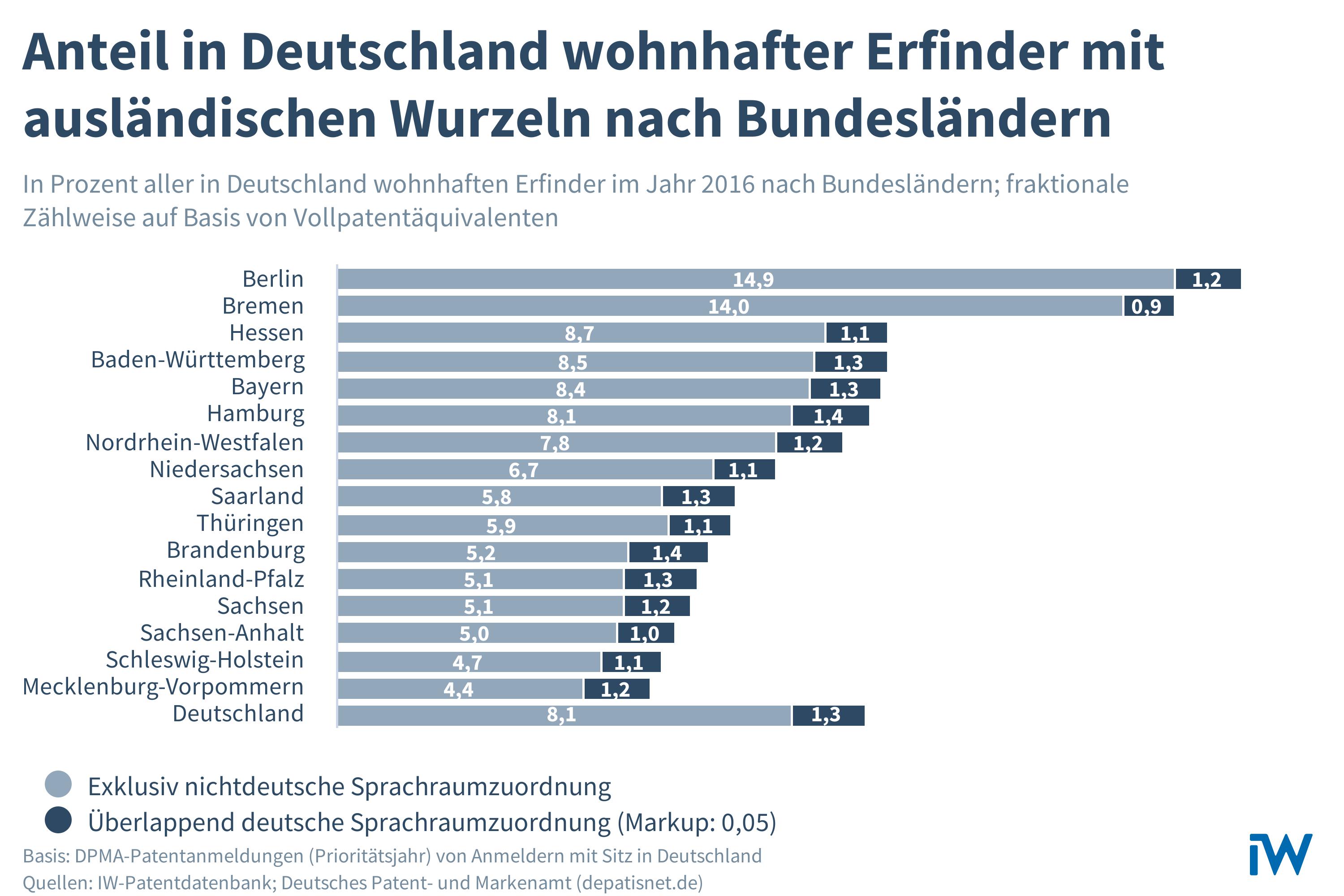 Berlin is at the fore

The IW report concludes that the significance of people with foreign roots for the innovative power of Germany has risen quite sharply over the past few years. This means the best prospects for the Brain City Berlin. Because of the more than 3.7 million people currently living in the capital, one in three is a foreigner or has a migrant background.

And of the approximately 191,000 students enrolled in the city's universities, 20% currently come from abroad. Berlin's scientific landscape is also international, with some 16% of the scientists working in the capital coming from abroad. (vdo)