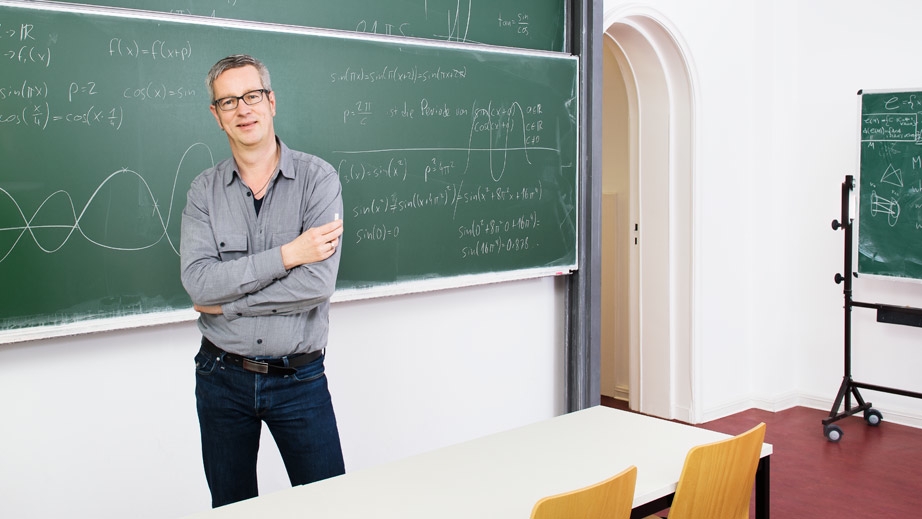 President of the Freie Universität Berlin

Günter M. Ziegler, President of the Freie Universität and Professor of Mathematics, explains how Berlin is attracting brilliant young mathematicians from around the world to the German capital, thanks to the excellent collaboration between universities and research institutions. He is the author of the global bestseller "Proofs from THE BOOK", which has now been published in 14 languages and of which there are five English editions.

What makes Berlin such a great scientific location?

Berlin is "the place to be", especially when it comes to maths. In terms of science, the city is able to make things happen like no other city on earth, thanks to the collaboration between the various players. There are more changes in Berlin than in most other cities I know, such as Munich, London and New York, for example.

What makes maths research in Berlin so special?

Here's an example: FU, TU and HU, along with the research institutes WIAS (Weierstrass Institute for Applied Analysis and Stochastics) and ZIB (Zuse Institute Berlin), have set up the MATHEON research centre, which develops mathematics for key industries – to support industrial, economic and scientific partners. The international graduate school, Berlin Mathematical School, is also jointly run by the three universities, and has PhD students from the US, Australia, China and Africa – of which we're very proud.

Do universities and institutes in other countries and cities also collaborate this closely?

Not at all. I've seen for myself how the Massachusetts Institute for Technology (MIT) and neighbouring Harvard University in the US fail to collaborate. The same applies to the universities in Munich. Nowhere is the potential for collaboration so well exploited as in Berlin. Institutes have already been established in Canada and Australia based on the MATHEON model, and another is currently under development in Madrid.

Having been born in Munich, what brought you to Berlin?

I completed my PhD at MIT and then accepted a postdoctoral position with the renowned mathematician, Martin Grötschel, in Augsburg. When he was offered a job in Berlin, I had the opportunity to go with him. And I first said "Ich bin ein Berliner" just three weeks after I arrived.

Were you ever tempted to move again?

Yes. In 2001 I received simultaneous job offers in Cologne and Zurich. The decision was touch and go. In the end, I opted for my professional and private life in Berlin, because I feel at home here. During my 23 years in the city, I've experienced a greater array of culture – from Simon Rattle to Georgette Dee – than would be possible in any other city.