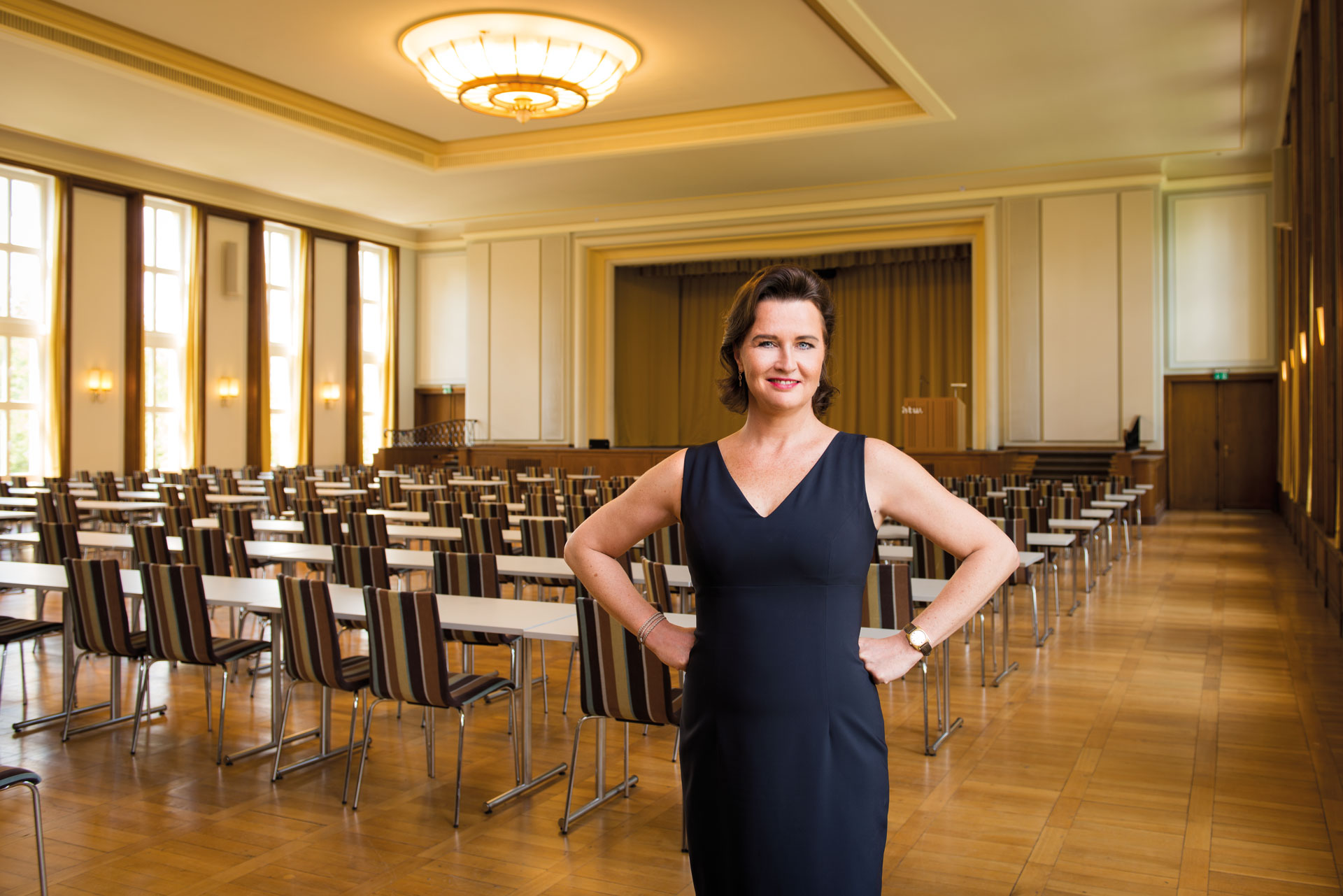 Regine Buchheim is a Professor of Business Administration at HTW Berlin - University of Applied Sciences. Her focus is on international accounting and tax law and injustice under National Socialism. She tells us why history is still important today and what students can learn from it in our Brain City interview.

Professor Buchheim, you have been teaching international financial reporting and external accounting at HTW Berlin since 2006. That may sound a little dry to an outsider, at least initially. Is this an accurate impression?

It is true that some students are reluctant to learn the double-entry bookkeeping system. After all, who enjoys cramming vocabulary in a foreign language or solving mathematical equations? However, a student who masters this 500 year-old technique can find a job at any business worldwide, and assess the status of companies and many other institutions.

Can you briefly explain your area of research to a layperson?

The technique behind accounting is the same across the world, but the rules differ in terms of how a company books profits, evaluates assets or determines whether accruals need to be made. International Accounting Standards (IFRS) have been established worldwide for listed companies, and these are my speciality. They make the financial and assets status and profits of these companies more comparable than if they had been ‘calculated’ according to national regulations, which continue to vary wildly within the EU. This is, of course, important for banks when it comes to lending, and for investors who are only interested, for example, in shares of international car manufacturers like Toyota or Tesla in addition to German ones.  However, the community as a whole needs up-to-date information about the status and success of individual companies. Let’s take Volkswagen as an example: Accruals of around EUR 15 billion had to be made for ‘Diesel Gate’ in the 2015 business year, leading the company to post an overall loss of one billion. A further EUR 6.4 billion had to be recognised as an expense in 2016. This estimate by the Executive Board also gives employees critical information as to the extent of the financial catastrophe. The state of Lower Saxony, for example, is aware that it will not have any business tax revenue. Finally, the profit tax is also calculated based on balance sheets.

What research questions arise from this?

In a colloquial sense, we’re all taking stock over and over again. Limited liability companies have to do so at least once each year for their shareholders, lenders and the company, as do Bundesliga football clubs and political parties. The question is, what should the rules for this annual stocktaking be so that those involved are able to trust their information and benefit from transparency? On an international level, listed corporations often face completely different issues to medium-sized companies and start-ups whose accounts are managed in accordance with German law. Despite the supposed rationality of the global capital markets, companies with international operations are strongly influenced by the national traditions of their headquarters. This was a point I demonstrated with my colleague in a major study into the quarterly reports of British, French and German public companies.

You are also conducting research into tax law during National Socialism and have demonstrated the systematic expropriation of Jewish citizens by the financial administration. What was it that drew you to this subject after so much time has passed?

I have always been passionate about interdisciplinary research, especially the interface between economics and law. It was more of a coincidence that historical science became part of it too.

It was only shortly before the turn of the millennium that crucial documents from the Nazi era became accessible for research purposes. These included documents from regional tax authorities, along with around 40,000 expropriation files from Berlin-Brandenburg, which meticulously recorded the legalised theft of Jewish property. Historians have already gained significant insights into the ‘financial death’ of the Jewish population. However, this has been ignored in the fields of economics and law. I also believe that as an economist, I can supplement analyses performed by historians.

Why is the history of German tax law and financial administration still important today – what can be learned from it?

Sadly, we can do nothing if not learn from our past. I myself would love to know what mistakes I am going to make tomorrow, or how the SAP share price will develop. However, I have no choice but to use accounting to look at the development of SAP in comparison with other software manufacturers in the past and try to make a forecast based on up-to-date information.

Looking back to the time of the Third Reich shows how officials and judges gradually become more radicalised – primarily in terms of the results of their work rather than on a personal level. And this is still true today. The armchair masterminds are the ones who have to be stopped.

To what extent is Berlin the right location for your area of research?

Berlin is the country’s capital, and it is where political decisions are made. Lobby groups, think tanks and NGOs are all based here. The university and research landscape is unique: I have just completed a study with a French university that also has a campus in Berlin. At the same time, Berlin is home to the Federal Archives and therefore the most important documents of our past. I conduct my research there together with a historian who works as a tax expert at the Federal Ministry of Finance.

What qualities do you believe you should have in order to enter the world of science and research?

Curiosity, enjoyment of learning and always being prepared to work precisely while adopting a critical viewpoint. But for me, teaching is even more important: imparting knowledge, creating interest in your subject area, and challenging young people in a positive way is a wonderful career path.

You grew up in Berlin and studied at the FU Berlin and in Belgium. Why did you end up staying in Berlin? What attracts you to the city other than the fact that you grew up here?

After I completed my studies, I was able to work internationally while continuing to live in Berlin. This is easily done nowadays thanks to digitalisation and IT. For me, it is the perfect mix: having friends and family around me, living almost as though I am in a village with plenty of green spaces while at the same time being in one of the most exciting cities on the planet.