Menu
This website uses cookies. If you continue to use the web site, we assume your consent.
Prof. Jesse Prinz
Humboldt-Universität zu Berlin
© Berlin Partner | Wüstenhagen 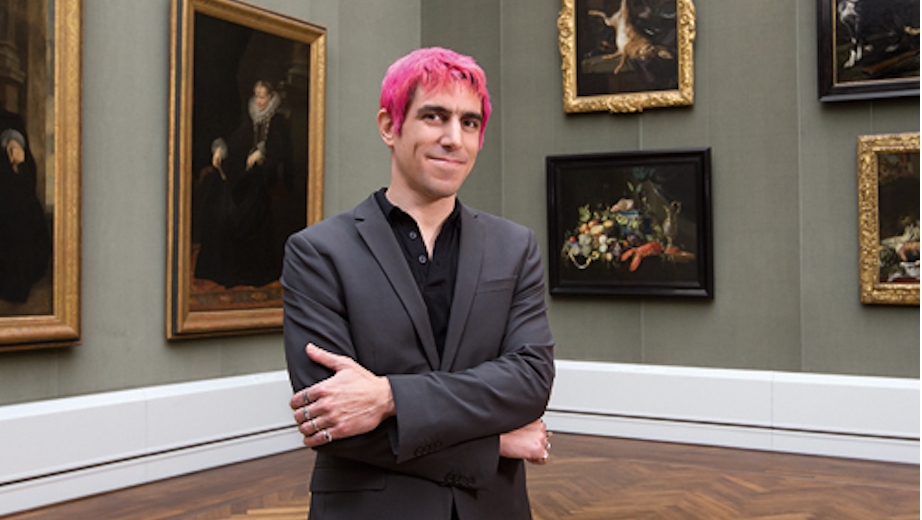 On the edge between philosophy and neuroscience, the New York philosopher Jesse Prinz explores how human thinking, feeling and acting fit together.

It was his grandmother who first told him stories about the city where he is working now: the philosopher Jesse Prinz talks about the focus of his scientific work and the opportunities the German capital offers to researchers from all over the world.

At the Berlin School of Mind and Brain Prinz established a team of young researches with different perspectives who are interested in all aspects of the nature of the human mind.

Professor Prinz what is the idea behind your scientific work?

I’m interested in all aspects of the brain. At the lowest level I’m interested in the fundamental processes that lead to conscious experience. So I’m trying to understand how your interactions with members of your community, your religious groups, your family groups, your culture can end up making your patterns of thought and understanding, even perception and emotion different and specific to that background.

What are you working on at the moment?

I’m currently working on a number of book projects. One of them concerns the nature of aesthetic psychology: how do human beings respond to intense aesthetic experiences? My focus lies on the emotion of wonder, the thought being that the arts exist in human life partially because their sources of wonder is experience.

You mentioned „scources“ – What is your work process?

A lot of my research begins with the observation that human beings differ from other creatures in the world. And I think that difference can be captured by the idea that we are great learners. Other animals can learn to some degree and respond to their environment and learn that food sources exist more plentifully in certain places and so on. But human beings are plastic in an un-paralleled way. Each of us has past times and interest and biographies, tastes, clothing, political orientations. All of that is created by culture. All of that exists because of our capacity to learn. So for me the most interesting question for our research is what is the nature of the human mind and the answer to that question is the nature of the human mind is to learn.

Since 2015 you have been working as a Visiting Fellow of the Einstein Stiftung at the Berlin School of Mind and Brain. What makes the work there so special?

At the core of our approach the project is a conversation and that conversation involves a number of very talented researchers at different career stages from all around the world. By bringing these people together into conversation we are able to generate new ideas and new collaborations. The most gratifying part of being part of Einstein has been to see people who never met each other before, people in different research areas with different methodologies coming together and actually forming collaborative projects. So we’ve seen within our Einstein group individuals from different fields coming together to construct experiments and develop theoretical models that they never would have without the conversations that were made possible by the Einstein funding.

What are your scientific aims as an Einstein Visiting Fellow?

With the Einstein Project we have two main goals. One is really to change research practices in the humanities. Today, topics like emotions, consciousness and value are among the most popular areas of research. But too often they are pursued by people in individual fields without communication and too often the three areas of interest are studied independently. So we are really trying to encourage people to come together both in their disciplinary methodologies, but also to bring these three domains of consciousness and emotion and value into a single conversation. Our other goal is really to foster collaboration across universities; both within Europe and more selfishly for me, cultivating collaboration between the United States and Germany. I think the groups in Berlin and the groups in New York have many interests in common and to try to develop a long standing international collaboration would be the most gratifying outcome of this project.

You have special relationship with Berlin, don’t you?

I have a long history with Berlin because my grandparents were raised here and they spoke of Berlin throughout my childhood and I came here frequently as a teenager and a young adult, often with my grandmother to revisit places that were important to her in her youth. For me, Berlin has always been a cultural center more than anything. It’s a place that really welcomes people from many different environments, it’s a city of immigrants, it’s a city of artists, it’s a city of people who come because they want playgrounds to create in.

... and what makes Berlin special for you today as a wellknown scientist?

I think Berlin offers unique opportunities to people interested in interdisciplinary research. The School of Mind and Brain is practically unique in higher education and trains students in both neuroscience and theoretical areas like philosophy. It’s one of the only places in the world where institutionally the support for the idea that we can study human behavior at multiple levels of analysis without letting any one of these take on a privileged position.
For me, Berlin is a place to see art. So my free time here as in New York is largely spent going to museums and galleries. Museums and galleries are a second home to me. They are a source of inspiration for my research, but also places of great personal enjoyment. But Berlin is also a place where I find a great diversity of cuisine, wonderful music and the use of the outdoor spaces and the summer time, cafes where people can sit for hours sipping wine or drinking beer in conversation. That’s really something you don’t see in many other places.