Menu
This website uses cookies. If you continue to use the web site, we assume your consent.
© S. Jordan/IGB

"We're trying to take a look into the future."

Berlin is one of the most water-rich cities in Germany. But climate change does not stop at the Havel, Spree and Wannsee either. At the Leibniz Institute of Freshwater Ecology and Inland Fisheries (IGB), scientists from the fields of hydrology, chemistry, physics, microbiology, limnology, fish ecology and fisheries biology are working on the future of our waters.

One of them is Dr. Michael Hupfer. In one of his current research projects at the IGB, the hydrobiologist is investigating the effects of climate change on urban lakes. In an interview, he tells us more about water warming, heavy rainfall, blue-green algae and fish mortality. And he explains what we can do on a small scale to relieve our water bodies.

Resolving the questions of applied science is very fascinating. Being able to improve our environmental conditions stimulates me.

Dr. Hupfer, this summer we are feeling it particularly clearly: The summers in Berlin are getting hotter and hotter. To what extent does this affect Berlin's waters?
Since 2018, we have been experiencing unusually high temperatures in summer. Berlin's inland waters currently reach temperatures of over 25 degrees Celsius. That is quite high. The normal temperatures in the summer months are between 20 and 25 degrees.

Last year, Lake Müggelsee reached almost 30 degrees. Basically one can say that this is a trend. The waters in our region have warmed by 0.4 to 0.5 degrees per decade in the last three to four decades.

Is this a consequence of climate change?
You can't really interpret it any differently than that it has to do with climate change.
The development essentially follows the warming of the entire earth's surface.

What does this mean for Berlin's city waters?
This is not easy to answer, as we have very different types of water here. There are running waters, shallow and deep lakes and also small waters in the region. They all react differently to warming. In shallower lakes, such as the Müggelsee, the warming temporarily forms a thermal stratification. This means that the surface heats up particularly strongly and the underlying, somewhat colder layer is separated. As a result, the lower layer is no longer mixed with oxygen-rich water from the surface because it no longer participates in the cycle. In deeper lakes such as Lake Tegel, the summer stratification period is extended, which means that most of the deeper water no longer carries oxygen. Of course, some organisms have problems with this. They have to move upwards into the oxygen-rich warmer layer.

And which organisms are these?
Especially fish that are adapted to the cold water. Arctic char and other salmon-like fish, for example, find it difficult to cope in warm water. They migrate or have to exist with restrictions in the warmer layer. Others, such as zander and bream, have considerable temperature tolerance and can adapt. For example, by reducing their metabolism.

Have there already been fish deaths in the Berlin region due to heat?
I don't know anything about Berlin this year. In many other regions of Germany, fish deaths were reported more frequently last summer. This has to do with the lack of mixing of the water described above. In most cases, such a phenomenon is combined with an increased supply of organic matter, for example through heavy precipitation. If the following combination occurs: long dry periods combined with strong stratification, oxygen depletion in deep water and a sudden supply of organic nutrients, this can lead to the death of fish. Waters with many floating algae are particularly endangered. Although there is initially a lot of oxygen on the surface of the water, as the algae produce it through photosynthesis, this is not the case in the water. But when they die off and get into the deep, lightless area, they also consume oxygen.

And what role do the dreaded blue-green algae play in this context?
Blue-green algae occur particularly frequently when we have high water temperatures and the water body has little turbulence and contains many nutrients. Their mass occurrence is therefore usually linked to a high nutrient load of the water. In this respect, heavy precipitation, which now also occurs more frequently, really does damage to water bodies. This is because they cause sudden nutrient surges that boost the growth of cyanobacteria in a very short time - or "Blaualgen", as the bacteria are also called. 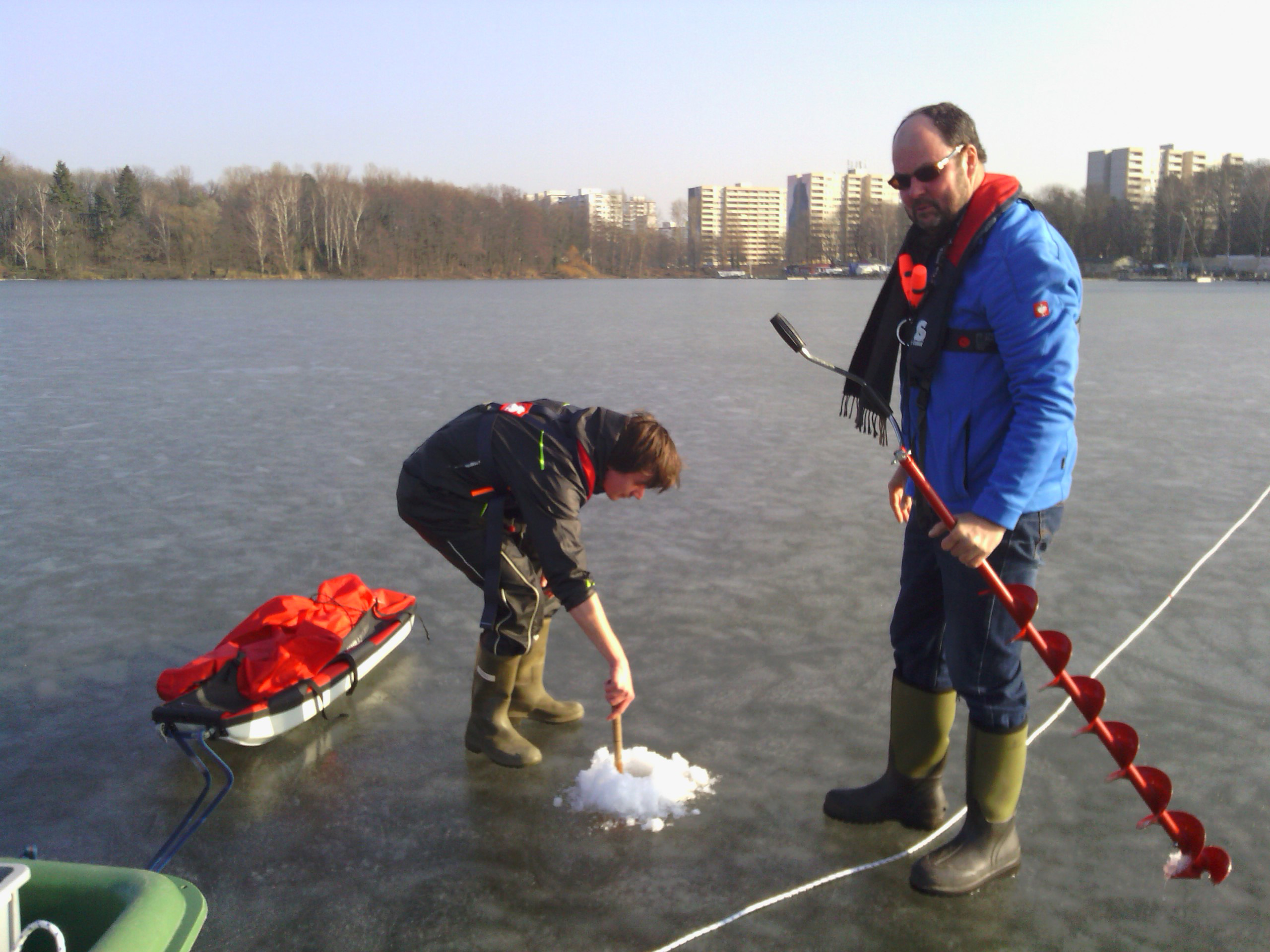 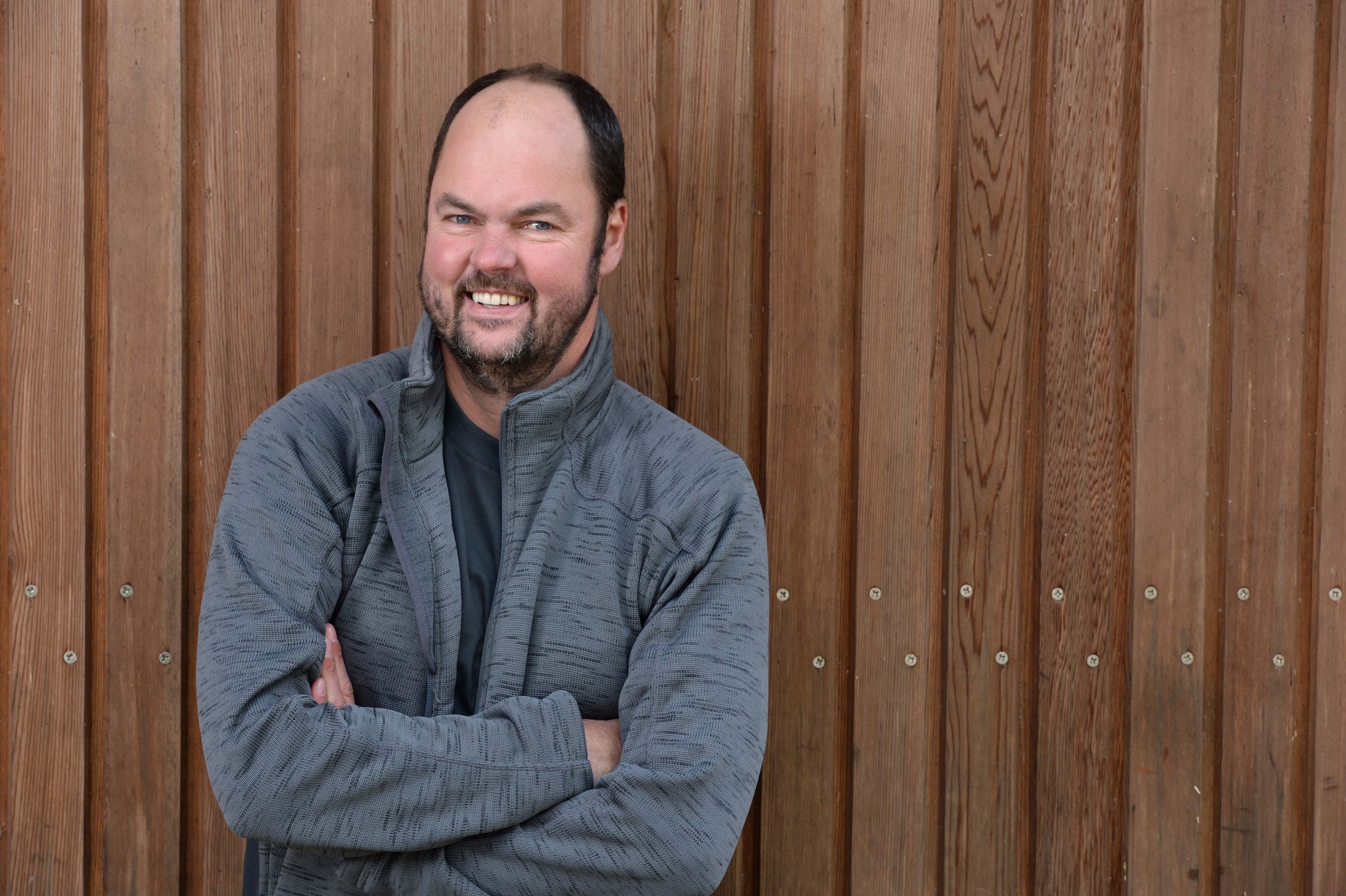 What should you pay attention to as a bathing guest? Are there alarm signals for poor water quality?
The water quality of the Berlin bathing lakes is well monitored by the Landesamt für Gesundheit und Soziales (Lageso); the early warning system is very reliable. In addition, you should not go into the water immediately after heavy rain in urban areas. Contaminants are washed into the lakes from the outside in one fell swoop. A major problem in such cases is also the mixed sewer system. When there is heavy rainfall, the sewer system is no longer able to bring rainwater and wastewater into the sewage treatment plant at the same time. Part of this water then flows into the surface waters. The visibility depth of the water should also be taken into account: If one cannot see one's own legs from above more than one meter, the quality of the water is no longer so good. Frequently, blue-green algae have already spread, some of which can form toxins. This does not necessarily mean that it is dangerous to swim there. But it is definitely not beautiful anymore.

Does climate change affect our drinking water?
Here, too, water scarcity could occur. Of course, Berlin has the big advantage that it is very rich in water. Nevertheless, you have to take such developments into account. And think about what the drinking water supply in the region will look like, for example, at the end of this century.

You're already thinking about that, aren't you?
Yes, Lake Tegel is a particularly good place for researching how climate change has affected us so far, how it will affect us in the future and how it could affect certain uses. Drinking water is obtained from Lake Tegel. There is a phosphorus purification plant there that ensures that discharges via the tributaries and the Havel are reduced. And there is a controllable ventilation system for the deep water. We have found out with our research so far: More heavily polluted bodies of water that are pre-damaged and are under heavy pressure to use will in future require more attention under the conditions of climate change than bodies of water that are less polluted.

How do you conduct your research?
We are trying to take a look into the future. For example, by analysing how the climate in Berlin will develop by the year 2100 and what consequences heat summers and mild winters already have. Using available climate projections and models, we then calculate what effects a sustained warming trend could have on water bodies: What the stratification conditions are, how the temperature will develop, how the algae will grow, etc.? We also try to make predictions about water quality. Basically, we are talking about precautionary measures or adaptation strategies. Because the effects of climate change will not be completely reversed. We must already prepare ourselves for this today. That is why we want to initiate climate monitoring for lakes in cooperation with the federal states. We have been working well with the Berlin Senate on this issue for several years now.

In another project, you are cooperating with the Leibniz Institute for Baltic Sea Research Warnemünde (IOW).
Here we look into the past to learn from it. For example, by reconstructing the recent development of the lakes on the basis of their sediment cores. We are always interested in realistic forecasts. After all, we are in an urban area with several million inhabitants. Compared to the past, however, a lot has already happened. Take Lake Tegel: even in the 1960s, it still had very poor water quality. This was partly due to the sewage fields, whose effluents polluted by the waste water were discharged into the lake. Lake Tegel now has drinking water quality again. Damage can therefore be reversed to a certain extent.

What can each of us do to maintain the quality of our waters?
Berlin's lakes are important recreational areas. That's the way it should be. Nevertheless, each of us can make a little contribution to relieving the burden on water bodies. For example, by protecting the reed beds on the shore, observing speed limits and leaving no rubbish or dog excrement behind at the bathing areas. It is also important to change one's own consumer behaviour: Products from industrial agriculture pollute our groundwater, so we should consider carefully which products and how many of them we should buy. Microplastics are also now found in inland waters. Pharmaceutical residues are a major problem for inland waters as well. Some of these residues cannot be removed from sewage treatment plants and are then in the water cycle. In short, what we do wrong on land will also be reflected in the waters. (vdo)